SearchResults.repair specializes in helping you remove negative content, like criminal history, from google. We do this by actively replacing it with positive content on behalf of our clients.

Well, the election season is here, which means there’s no better time to talk about something that effects reputation: Propaganda. Propaganda is a word that’s thrown around by political parties on both sides as those it’s something inherently evil that the other side is using to wrongly push their message. And that’s not entirely off-base. But let’s define propaganda a bit more concisely, shall we? Propaganda is a persuasive technique that uses biased or misleading information to manipulate or influence the opinions and beliefs of individuals.

It has been used by the media, governments, corporations, and religion for ages. And it’s important to note that propaganda isn’t limited to a particular medium. When we think of it today, we might think of that which is put out by the mainstream press on behalf of our government or opposition, but it can take many other forms. Moves, music, plays, posters, and the memes shared on social media have all been used.

Essentially, propaganda is what we have when the information is skewed to present a particular bias and half-truths are presented in a way that furthers a particular political agenda. It’s well known that when widespread unemployment and poverty during the great depression furthered resentment and fear of immigrants and minorities, the government created messaging that exaggerated the dangers of marijuana, which even resulted in the release of the 1936 film Reefer Madness and years of drug prohibition. This would be an example of propaganda at work.

Propaganda works to manipulate people into believing that misleading information is the truth, sometimes, even convincing them that these ideas are their own. The influence of propaganda is so common that many people don’t even recognize it. But it’s always working to control public perception, determine the outcome of elections, and increase corporate income. Perhaps it is most noticeable in advertising and politics, but it’s also their lurking in discretely in product placements and in the messaging of the news networks “unbiased” reporters.

Welcome to our introduction on the dark and murky world of propaganda. We’ll start with the basics before diving into the popular examples of it at work, that “fake news” our leaders are talking about and participating in, as well as the influence it can have on your reputation or even how it can work for you.

Can you spot propaganda?

We’ve told you that propaganda is pervasive, affecting nearly every avenue of expression and news reporting, but can you identify it? When the lines between marketing, public relations, and news becoming increasingly blurry, it can be quite difficult. Those in the extreme right are weary of a “shadow government” at work. But, what do they even mean by that? Maybe, it’s that there are forces at work to control the thoughts and minds of the public. Sounds pretty dark, doesn’t it?

Sure, but people in power have been influencing public opinion using half-truths and outright lies for as long as our written history can recall. lies, and other questionable tactics for as long as written records exist. The Behistun Inscription (c. 515 BCE) detailing the rise of Darius I to the Perisan throne is thought to be an early example. Throughout the years propaganda has been used to justify genocide, influence elections, and define the core of human beliefs. With such a long tradition of use by the ruling class and centuries of proven effectiveness and refinement, it can be hard to detect. But there are some clues and giveaways that usually identify propaganda. This is why it’s always wise to view media and entertainment with critical eyes.

So, how do you spot propaganda?

It certainly can be. Both public relations and propaganda are are used to persuade the public public opinion. Both of them present information that will influence public opinion and encourage them to take action. It would be easy to say that public relations campaigns promote the truth, while propaganda pushes a lie. But what is truth exactly? Anyone who’s heard witnesses in a courtroom discuss the same events knows that there could very well be two versions of the same truth.

So to the extent that public relations exists simply to secure the reputation of a company, it’s not propaganda. When public relations simply serves the public good by publicizing the contributions of a company, it’s not propaganda. Donating time, money, and goods to local charities and using outreach events to show you care is philanthropic, not misleading. Responding to positive customer reviews with gratitude or negative ones with concern and empathy isn’t manipulative, its good customer service and communication. High-lighting achievements through press releases is necessarily propaganda either, it could just be informative.

But any honest public relations professional will have no problem telling you that they engage in propaganda. They do this whenever they spin the news in their clients favor, with misleading tactics. When their client is in hot water, they can apologize but then the art of transforming public opinion must begin. And sometimes, it’s not about saying sorry it’s about telling their version of the truth. The charity and outreach become tactics to hide negative press or present their candidate as the peoples choice. Look away! Nothing to see here, except saintly behavior and good intentions.

And on the more sinister side of public relations, we have the professionals that engage in publicizing outright lies. Politicians might call those people their campaign managers. They wage media warfare on the opposition. They launch attacks on character, without regard for truth. Some reputation management companies engage in similar tactics in defense of their clients. They’ll create profiles for people that don’t exist, just so Google shows someone other than their shady client. Whereas a more honest reputation management firm might just highlight all of their clients positive traits and accomplishments. That’s certainly can’t be called wrong. But both serve the same purpose, to hide the negative information in an effort to improve the perception of their client. It’s hard to find a perfect line of ethics.

For most public relations professionals, the line is drawn at what they consider to be truth. Certainly, no one wants to be fed a lie. So if they engage in propaganda, they do so subtly. The difference between the two, in reality, often relies on the presentation. The public relations professional want to seen as honest, where as, a propaganda machine just doesn’t want to be exposed. But just as the PR professional may engage in light propaganda. The propaganda powerhouses, often have to present some truth to maintain their credibility.

This is because the worst thing a news source can be called is “fake news”. It might seem as though Trump invented the phrase, but like propaganda, fake news has been around a long time.

What is Fake News?

Like propaganda, fake news, can be used to alter the public perception of an individual or corporation. It works by making outrageous claims and uses images and quotes that are doctored or out of context. The purposes vary. Fake news could be designed to entice people to click a link or buy a copy of their tabloid. In those cases, it’s just about revenue. Or the fake news could just making fun of the establishment and gullibility of the public. Satire has been around a long time, but in a world where we only read the headlines, it might not be easy to distinguish from genuine news.

There are darker uses behind fake news and headlines. It could be used to damage the reputation of a person, group or idea. In that sense, it’s not much different that negative propaganda. The only difference between fake news and propaganda is that fake news is patently false. Propaganda must rely on some presentation that at least attempts to pass itself of as true. Fake news needs no citation of truth. It can stand on it’s own. That said, it often uses unattributed quotes, made up figures, and links to supposed sources in an attempt to establish credibility.

During the 2016 presidential election, fake news began to dominate social media sites, showing just how hard it can be to distinguish truth from fiction, and just how powerful words can be. Maybe, just maybe, that’s why propaganda has been around so long.

True or Not: Propaganda Can Affect Reputation

Public relations, propaganda, and even fake news influence reputation. The worst of these works without regard to what is true and what’s not. Inflammatory news spreads fast, and it can be difficult to reverse its negative effect. Whatever people see, the register.

If that information is good, you’re credibility, authority, and branding improve. If that information is negative, your name and reputation can be tarnished. Even if it’s a complete lie, your name being associated with something completely objectionable can have lasting consequences. This is why it’s important to constantly monitor and manage your online reputation. You don’t want to be the victim of propaganda.

Likewise, you should always consider the source of the information you consume as well as it’s purpose. The only way to not be influenced by what you read and see is to take it all into context, do your own research, and understand that bias exists both to improve and destroy. In today’s world, where anyone can publish whatever they like online, we can all be vehicles of propaganda.

This can either work for you or against you. A proactive, preventative plan that produces plenty of content across social networking services and other sites can help shield you or your company from immediate damage and at least embeds in the minds of others that you are a good person or a great company. Having established reputation can be a powerful tool and a powerful defense. Even if the damage is already underway, there are still ways you can act. Reputation repair firms exist to protect individual and company reputations. They can also help undo the damage of negative press and publicity. 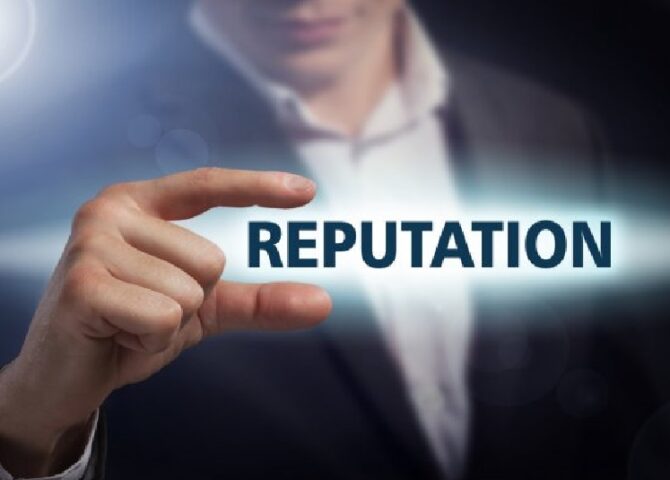 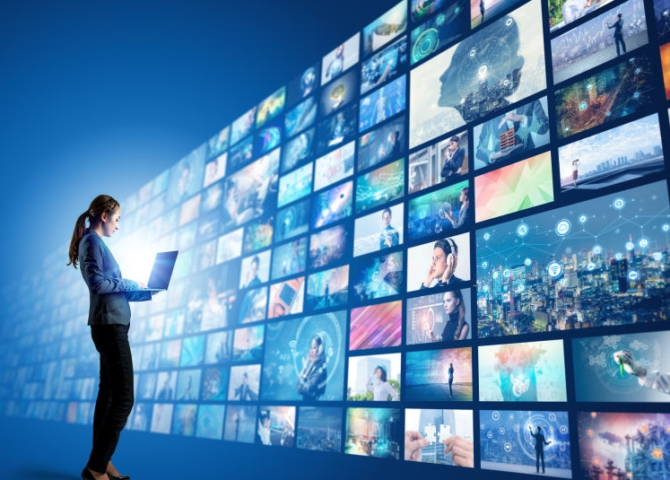